Removable stem with precision cut diffusers, half size octopus percolator with a heavy duty ice catcher which doubles as a splash guard for those with a strong draw 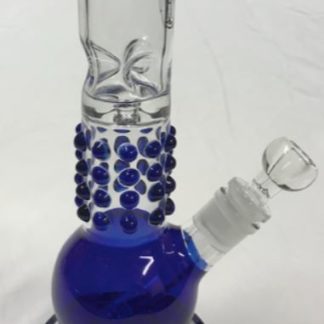