Listing Is For 1 Bottle 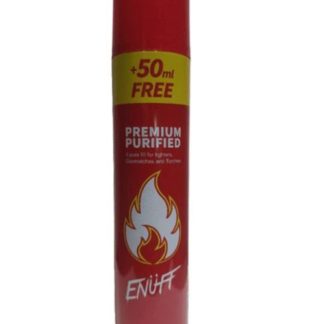 You're viewing: Enuff Refined Lighter Gas 300ml Refill Jet Blow Torch Fuel BBQ x 1 Bottle $15.99
Add to cart
Are you 18 or older? You must be at least 18 years of age to enter Ozziesmoke