EZ Test Cocaine Test Kit utilising the Scott Reagent, this test is for the presumptive identification of cocaine and crack cocaine and will turn a blue colour if cocaine is present in a sample.

All EZ Tests use a chemical reagent absorbed in silica gel, which is held inside a glass ampoule.

When a sample is added to these chemicals inside the ampoule if a reaction occurs a colour change will take place. This colour should be compared to the colour chart included on the instructions within the package, to give an indication as what could be in the sample. 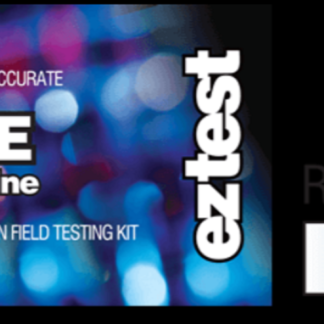