This soft guy comes in innocent white, but would like to pamper you according to all the rules of the art and instigate hot games: The Satisfyer Sweet Sensation makes every ice ball in the world neat competition, because he brings the only one your clitoris with deep vibration to melt away. In addition to its powerful power offers you the Auflegevibrator made of soft silicone also a noble, playful design and a simple control surface.

Be the first to review “Little Wand” Cancel reply 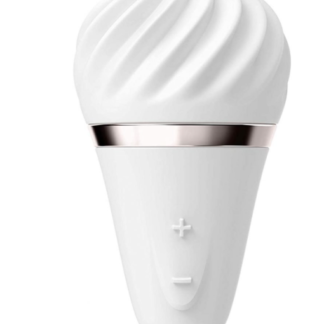