They say BIG things come in small packages and Midget Man is no exception! Just add air and this pint-size party animal will pump up his pleasure-pole and rock your world! Don’t worry that he’s tiny enough to fit in your pocket-this meaty munchkin is stocky, cocky and hung like a horse! You’ve always dreamt about bangin’ a little person, so here’s your big chance! He’s giving new meaning to a “Low Blow!” 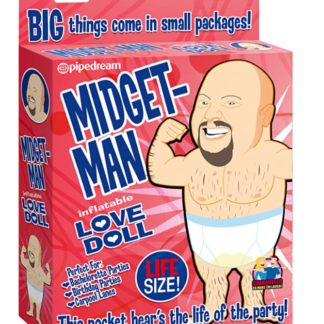