White Sage, a plant from the mint family, has been used centuries by the Native Americans for their purification ceremonies and healing sessions. It is believed that burning its dry leaves, bundled into smudge sticks, cleanses a space, person or object of all evil spirits or negative energies. Palo Santo (“Holy Wood” in Spanish), a wild tree from the Amazon rainforests, has been used for thousands of years by Shamans to heal the body, the soul and to purify spaces as well. The combination of the earthy aroma of White Sage with the soothing balsamic scent of Palo Santo provides a perfect environment for meditation. 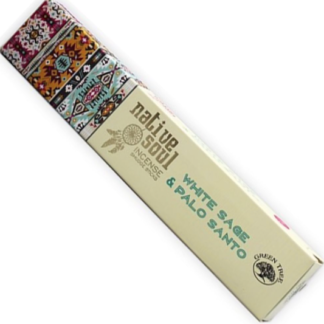