Both Palo Santo and Copal have been used for thousands of years by the indigenous Shamans to heal the body and soul, purify spaces, clear negative energies and to prepare for meditation.
While Palo Santo (“Holy Wood” in Spanish) is a mystical tree that grows on the coast of South America, Copal is a resin, once considered as sacred by Mayans and Aztecs in Mexico and Central America. These sticks wonderfully combine the balsamic, herbal scent of Palo Santo wood with the sweet, piney smell of Copal, enhancing concentration and bringing peace and harmony. 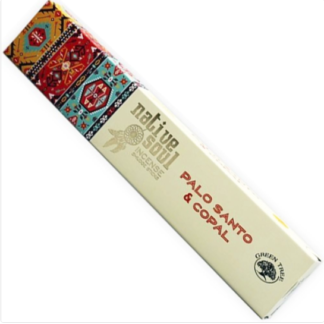