With A Pen Inside

Cone On Either Side 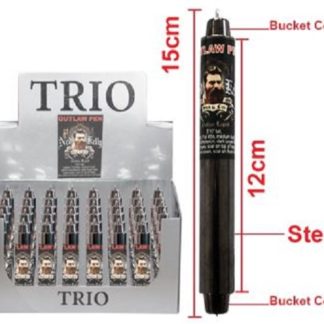 You're viewing: Ned Kelly Stem And Cone With A Pen Inside Cone On Either Side 15cm Long In Total 12cm Stem Outlaw Pen $14.99
Add to cart
Are you 18 or older? You must be at least 18 years of age to enter Ozziesmoke