Ring the alarm..this sexy stud is smokin’ hot! The Filthy Fireman is here to rescue you from boredom in the bedroom! He’s got a huge hose under his uniform and he can’t wait to soak you down with it. His blazing biceps, chiseled chest, rock-hard abs and scorching smile will set your heart on fire. See what kind of equipment he’s packing under his trousers and let him ignite your passions! His pumper is full of red-hot All-American hot sauce! 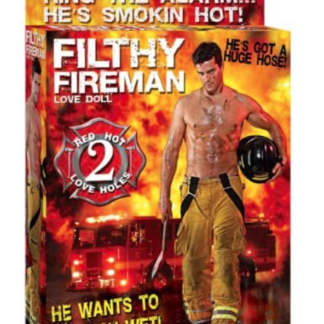