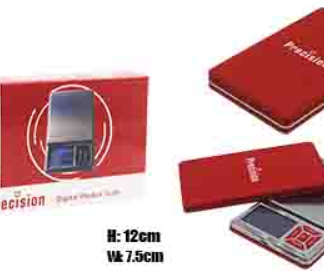 You're viewing: Precision Digital Scale – Red 300 x 0.01g Weight Scales Digital Jewelry Mini Pocket Weighing $49.99
Add to cart
Are you 18 or older? You must be at least 18 years of age to enter Ozziesmoke