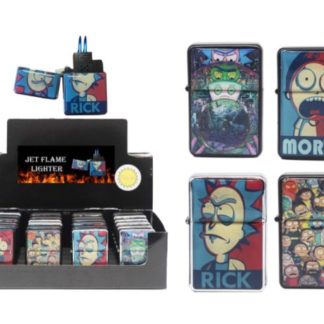 You're viewing: Rick & Morty Character Twin Jet Flame Lighter Flip Top Four Character Choices Tobacco Cigarettes $19.99
Add to cart
Are you 18 or older? You must be at least 18 years of age to enter Ozziesmoke