Satya Citronella incense is part of the Earth Series fragrance from Shrinivas Sugandhalaya Bangalore, India. Citronella fragrance is the one of the most effective way to reduce strain and anxiety. They are generally regarded as “Clean” fragrances. They evoke an emotionally response for cleanliness. 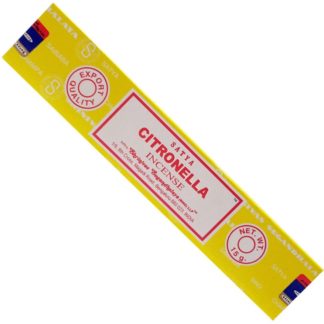