No Tobacco or cigarettes included

Will be sent randomly unless stated at checkout 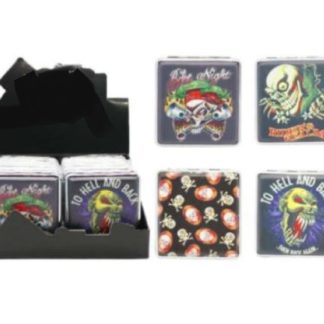 You're viewing: Skull Double Sided Cigarette Case – Holds 20 Cigarettes $15.99
Add to cart
Are you 18 or older? You must be at least 18 years of age to enter Ozziesmoke