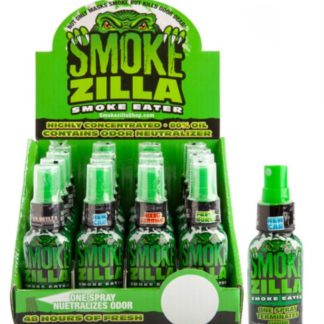 You're viewing: Smoke Zilla Smoke Eater Spray Highly Concentrated 48 Hour of Fresh One Spray Terminates Odour $19.99
Add to cart
Are you 18 or older? You must be at least 18 years of age to enter Ozziesmoke