Exotic and extravagant desserts will come and go but sometimes nothing hits the spot than a big bowl of the classic. Trio’s Custilla infuses sweet, full-flavoured vanilla through thick and creamy custard. With its 70/30 blend, this mouth-watering e-liquid produces clouds just as thick and velvety as custard itself. 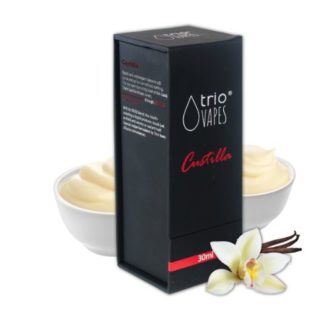