Foraged from the woodlands, Whimsical is a complex and magical blend of seven wintery fruits. Sweet blueberries and blackberries are layered on top of juicy blond plums, black grapes and waxberry. Cutting through with a sharp tartness, blackcurrants and mangosteen add another layer of depth. 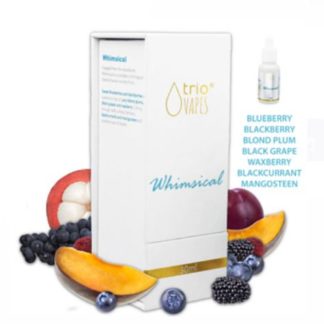 You're viewing: Trio Vapes Whimsical E-Juice 30ml 0mg $22.90
Add to cart
Are you 18 or older? You must be at least 18 years of age to enter Ozziesmoke