For centuries, Ben Wa Balls have helped women ensure they’re exercising their vaginal walls and bladder muscles in a way that will positively impact sexual arousal and restore and maintain vaginal elasticity.

To use ben wa balls, lie on a bed or a couch, and insert one ben wa ball into your vagina. Try squeezing your PC muscles to hold the ball inside for several minutes. Try several different types of squeezes, including quick flutter holds and long holds. Do these Kegel exercises for several minutes over a period of a few weeks. Once you can comfortably perform them lying down, try doing the same exercises standing up. Once you’ve mastered this, do the same progression (lying down, then standing up) with two ben wa balls. 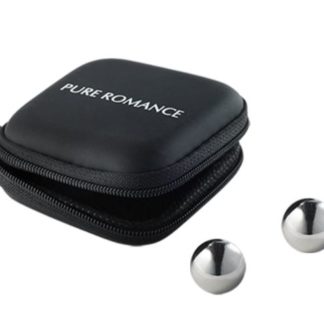 You're viewing: Vaginal Exercisers Ben Wa Balls $25.00
Add to cart
Are you 18 or older? You must be at least 18 years of age to enter Ozziesmoke