Vudu’s Banana Milk e-juice is guaranteed to turn every banana milk sceptic out there into an avid adorer. Sweet, ripe banana flavour is complemented by the fresh creaminess of the milk to deliver an authentic flavour that’ll make you think you’re inhaling banana cream pie. Plus, with its 60VG/40PG blend, you can blow thick creamy clouds to match. 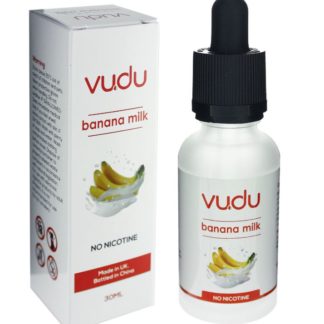