Research chemicals such as mephedrone, methylone and MDPV are often traded under names such as Bath Salts, Plant food, Odorizer and other terms that are primarily used to disguise their use. Despite their quasi-legal names and indicated uses, you will never know for sure what it contains. These substances are being marketed by people who consider you as the guinea pig for these ‘research chemicals’. Buyer Beware!

We made a test for these things to reduce the risks involved in ingesting ‘Bath Salts’. 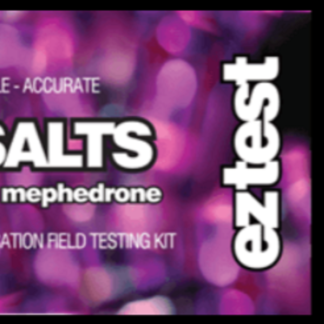