EZ Test for Opiates (formerly known as EZ Test Mecke) can be used to test for opiates as well as for Ecstasy (MDMA, MDA, MDE).

It also shows a different color when in contact with Opiates and opioids such as DXM, Hydrocodone, Oxycodone, Morphine, Heroin, MDMA and substances rom the 2-C-T-xx family (2-C-T-2/4/7/21).

Be the first to review “EZ Test Tube for Opiates, DXM and Ecstasy” Cancel reply 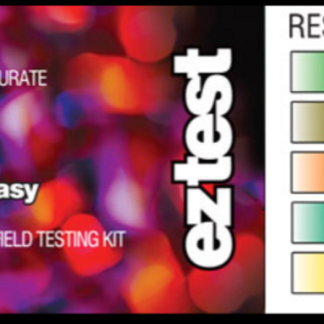 You're viewing: EZ Test Tube for Opiates, DXM and Ecstasy $14.99
Add to cart
Are you 18 or older? You must be at least 18 years of age to enter Ozziesmoke