Satya Cinnamon incense is part of the Earth Series fragrance from Shrinivas Sugandhalaya Bangalore, India. Cinnamon is a spicy, sweet and musky fragrance – reduces exhaustion and stimulates circulation. Enriched with a warm and earthy fragrance, it helps revitalize the body and mind. 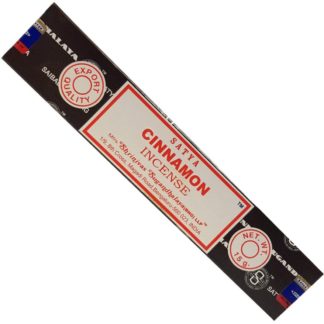