Myrrh is a natural resin extracted from the Commiphora tree. It has been used throughout history as a perfume, incense and medicine. It is also mentioned in many ancient texts, including the Bible and the Torah, for its ability to connect to the Divine. Myrrh is traditionally used in prayer and as an offering in protection rituals. It is also well known for its purifying properties, for cleansing the soul and clearing the mind. Myrrh resin has a warm, spicy, balsamic scent which favors meditation and spiritual upliftment. 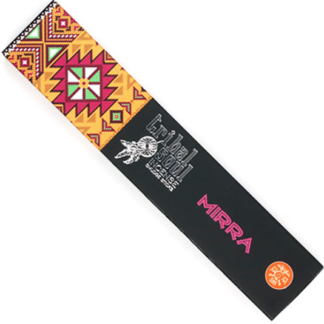