You’ve never pulled from a silicone piece like this. If straws had a god, this would be it. Extending from a respectful 26cm to a jaw dropping 54cm, if placed right, you won’t even need to lean over or move from a reclined position to smoke from this. Great for passing around or holding as your friend takes a hit across the table, there’s nothing more fun than a giant straw bong, which makes for an awesome bragging piece. Its silicone build makes it highly durable and just about unbreakable, so it’s great as a traveler, to chuck in a backpack, take camping, or if you’re just a clumsy unit who is prone to breaking glassys. Made from food grade silicone with a glass cone, the bong completely disassembles for easy cleaning. 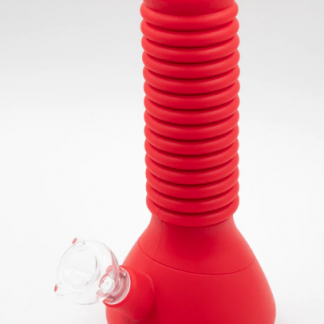